Learn about Caving in SA 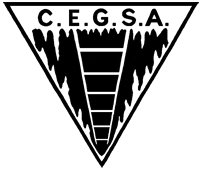 CEGSA is active in cave preservation.

Speleology - Study of Caves and Karst.